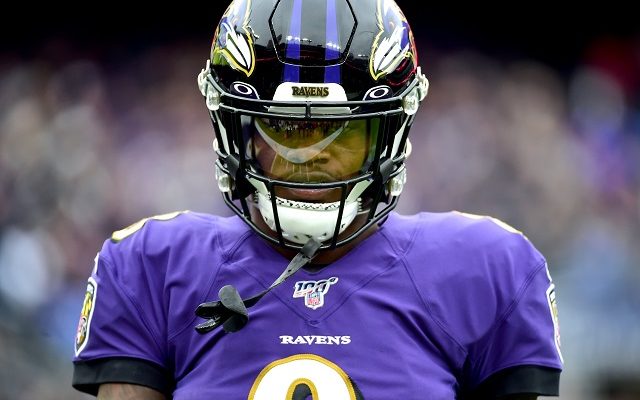 The Baltimore Ravens have joined the New England Patriots as the favorites to win the NFL Super Bowl.

Defending champion Patriots have long been the bookmakers’ favourite to win the ultimate prize in the NFL this season, heading into week 13 with a 10-1 record. Bill Belichick’s side would clinch an 11th consecutive appearance in the postseason with a win over the Houston Texans on Sunday Night Football, matched by the Oakland Raiders failing to beat the Kansas City Chiefs on the same day.

However, the Patriots one defeat this season came at the hands of the Baltimore Ravens and a 37-20 defeat in week 9. John Harbaugh’s side are currently riding a seven-game winning streak with quarterback Lamar Jackson putting up some incredible numbers. They thrashed last season’s NFC Championship winners, the LA Rams, 45-6 on Monday night.

Prior to the Ravens match at home to the impressive San Francisco 49ers on Sunday, they have been made 3/1 to win this season’s Super Bowl – the same price as the New England Patriots.

The 49ers are the bookmakers’ third favourites for the Super Bowl, with odds of 5/1. They are followed by the 11/2 New Orleans Saints following their 26-18 win over the Atlanta Falcons on Thanksgiving Day.

The Kansas City Chiefs are the next line at 10/1, followed by the Seattle Seahawks at 12/1. The Chiefs were the pre-season favourites but currently sit at 7-4.

How many times will Joe Burrow be sacked in Super Bowl LVI?